In this section I write about my experience with being multilingual myself, raising multilingual children in a multicultural context and I share some linguistic musings.

How to cope with repatriation

When you are returning to your passport country after you’ve spent some time abroad you may not really feel “at home”. Expats generally learn to adapt to their host locations and in the most positive case, end up to behave and think like locals. Even if they had […] 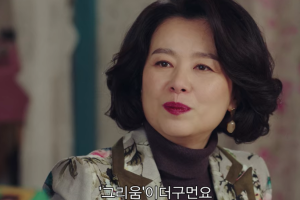 The conventional wisdom is that the Portuguese term saudade doesn’t have an equivalent in any other language. But according to an entry in wikipedia, there are quasy-synonyms in several languages. Saudade is… According to the Dicionário Houaiss da língua portuguesa, saudade can be described as follows (my translation): […]

How many languages can a child learn?

Have you ever wondered how many languages a child can learn at once or if there is a ‘window’ of opportunity? Can it ever be “too late” to learn another language? Can we learn multiple languages at any time? And what are the cognitive benefits of learning more […]

When you end up talking another language with your kids…

This post is for this month’s Raising Multilingual Children Blogging Carnival hosted by Headoftheheard. This month’s theme is “Hidden Opportunities”.    When you are multilingual and start having kids, you have to choose which language you’ll talk to your children. Linguists always recommend to talk your “mothertongue” to […]

If you really want to become a multilingual, you will succeed. You probably know about the girl (Mabou Loiseau) who speaks 7 languages. This case did provoke all sorts of reactions from linguists, parents etc. who were questioning the way this child is acquiring all those languages and […]