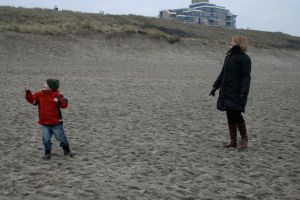 If you have more than one child and/or twins, you probably are concerned that you’re not giving them enough individual attention. When your children are attending school, going to after school activities etc., they barely have time for family activities and sometimes no one-on-one time to interact with […]

There are so many advices about keeping twins in the same class at school or not, which appear to lead to a simple single decision. But sometimes your have to change your decision for the childrens’ sake. Sometimes you’re firmly convinced of doing the right thing but later […] 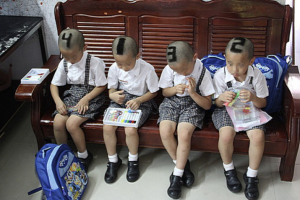 What were they thinking?!

I wanted to post something else today, but this picture hit me straight into my heart while I was reading the newspapers online these days. This picture shows four 6 year old chinese twins at their school in Shenzen (South China). Their parents did shave their heads and […]

Secret language among (my) twins

Also known as idioglossia, autonomous language or cryptophasia, the phenomenon of the secret language among twins, twin language, twin talk has fascinated both parents and researchers. It is a spoken language – sometimes also a language of gestures and body language – that twins adopt to communicate among […] 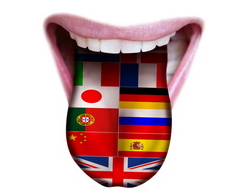 Which language to choose?

When my son was born, my husband and I were living in Italy and expected to stay for a long time. Italian is one of my two mother tongues and it was very natural for me to talk Italian to my son from the beginning. Our home languages […]